Free shipping within Turkey over 340 TL
TR
LOGIN | SIGN UP 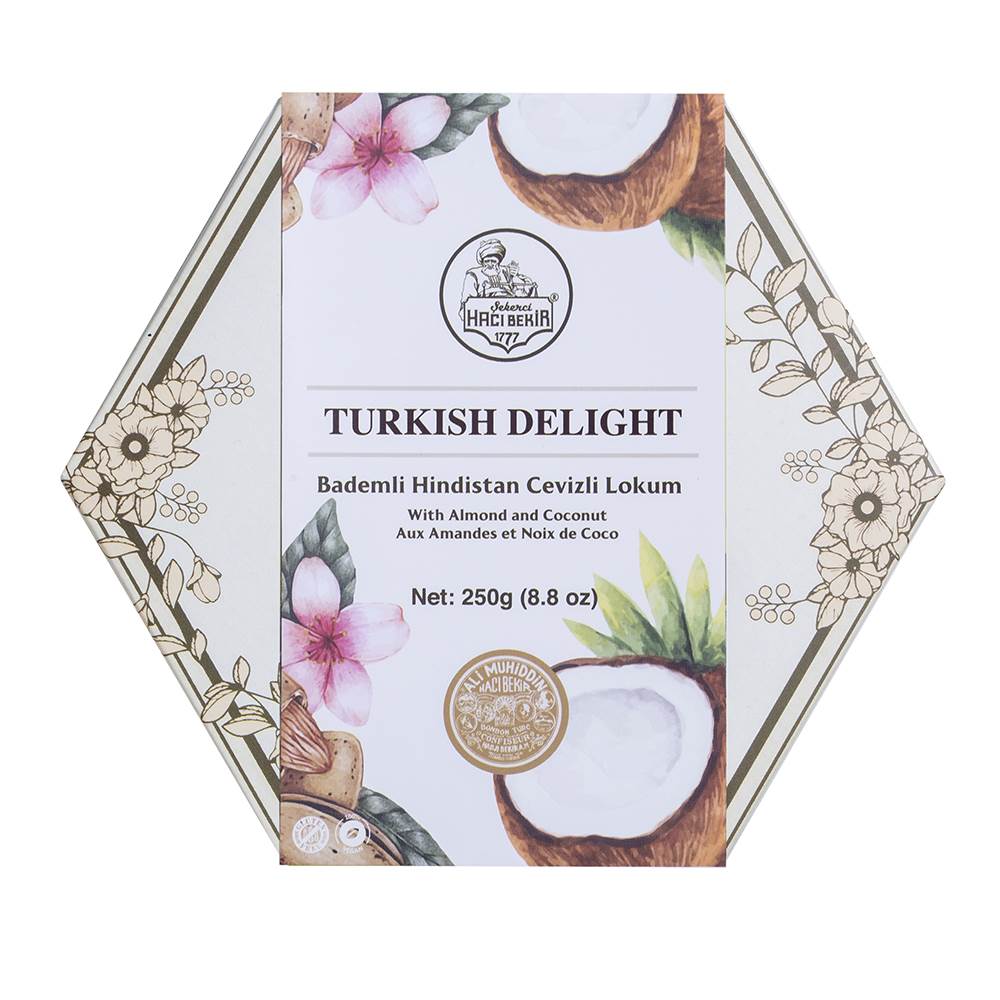 You can’t get enough of this historic taste tenderly prepared with almonds and coconut. Hacı Bekir Almond & Coconut Lokum, prepared according to its historic formula, is available in standard Hacı Bekir packages or in special packages of your choice.

Lokum has first been introduced to the Ottoman cuisine and then to the world by Hacı Bekir Effendi, chief confectioner of the Ottoman palace. Hacı Bekir lokums are still prepared according to his special recipe, and manufactured and delicately packaged under specific conditions in production plants where tradition is combined with modern technologies.

Are you sure you want to clear your cart?

Are you sure you want to delete this item?